Decades of the 20th Century 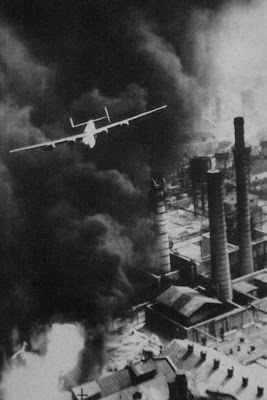 A US Liberator bomber drops its load on in 1944. was in the heart of the Romanian oil fields, Hitler’s major source of supply. 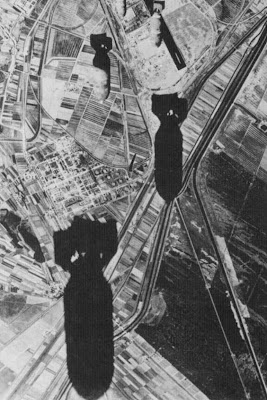 500-pound bombs from a Flying Fortress hurtle toward the oil refinery at Livorno (), , towards the end of the war. 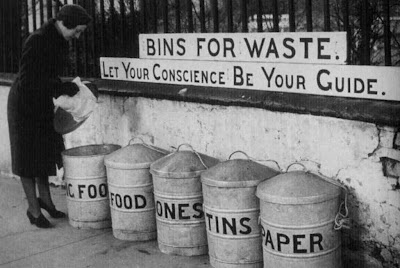 A huge campaign was mounted to save waste and recycle materials. It was partly a morale-boosting exercise, to persuade civilians that they could take an active part in the war. In this case, the message was directed at the citizens of . 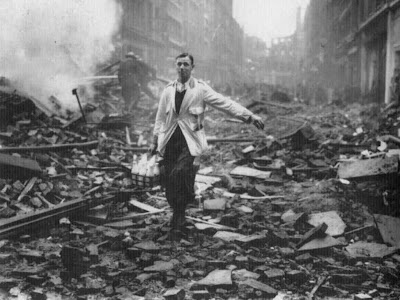 , October 1940. While firemen damp down the smouldering ruins behind him, a milkman picks his way through rubble to deliver the morning’s supply. Churchill’s words to Hitler voiced the feelings of many Londoners: ‘You do your worst – and we will do our best.’ 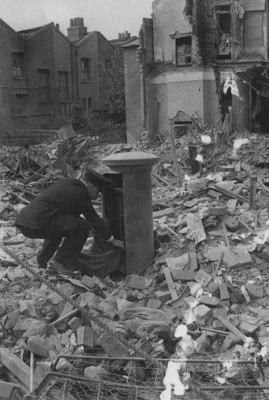 Old , September 1940. Business as usual for a postman collecting mail from a battered pillar box. 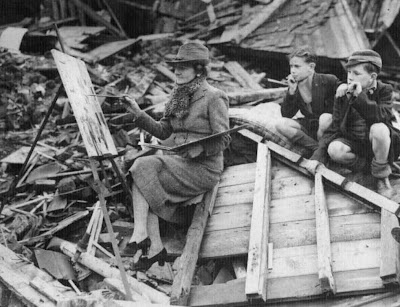 Dressed more for the camera than her surroundings, artist Ethel Gabain paints a scene of air raid damage for the Ministry of Information, November 1940. The Government believed that paintings often served better than photographs as propaganda. 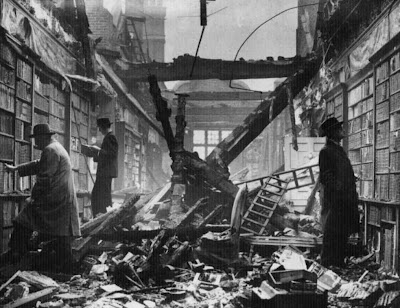 ‘Business as usual’ at its most absurd. Readers browse among the charred remains of the Earl of Ilchester’s library at Holland House in 1941. The house was so badly damaged that it was left derelict until 1952. 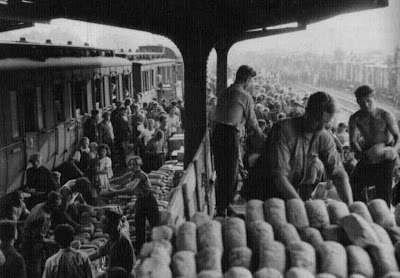 July 1945. Poles await distribution of bread and blankets by UNRRA (United Nations Relief and Rehabilitation Administration) workers at Weimar Station, . The former occupants of a slave labour camp had opted not to return to but to travel west to to work on farms. 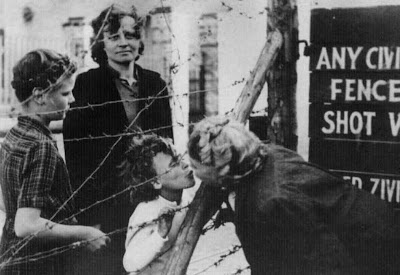 July Dutch woman kisses her grandchild for the first time. The Barbed wire fence divided the mining town of in two – one half in , the Other in the . It took years before some families were reunited after the war. 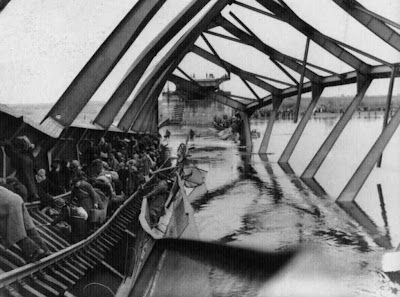 May 1945. Frederick Ramage’s picture of French, Belgian, Dutch and Polish refugees crossing the Elbe over what is left of the bridge at Tangermünde. The bridge had been blown up by the retreating German army. The refugees are fleeing from the advancing Russians. 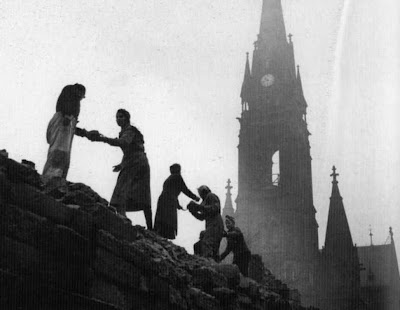 , March human chain of women workers move bricks to be used in the rebuilding of their city. In the background are the remains of the Roman Catholic cathedral. Until the Allied raid, had been one of the Baroque centres of beauty in . 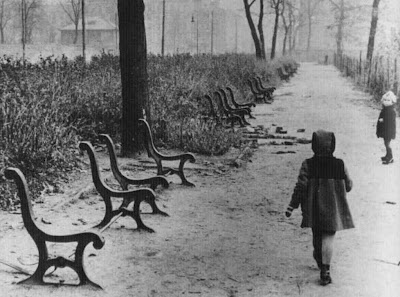